We have not opened for the 2022 season, check back soon for our opening day! 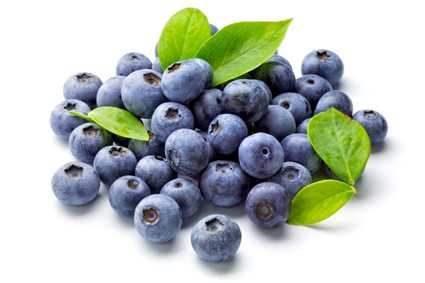 Ven Roy Blueberries offers blueberries for U-pick. We provide picking pails and tie ropes, however, customers must bring their own containers for transport home. 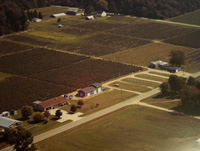 Aerial photo of the farm

In 1936 Frank and Florence Ven Roy bought this 40 acre farm. Like some of the surrounding farms, much of the land was low, poorly drained, very acidic and struggled to support the customary crops. A neighbor, Art Jablonski, advised Frank that blueberries would thrive on this type of soil. Soon after, Frank and Florence began to plant the Jersey variety of blueberries, which are still in production today. After establishing a few acres, they joined the Michigan Blueberry Growers Association in 1946 and marketed their crop through the Fruitport Warehouse. In the mid 50's they started a U-pick trade which has continued through the years.

In 1973 Dan and Gayle Ven Roy joined in the operation of the farm and purchased it in 1984.

The first Blue Crop variety was planted in the fall of 1984, and the Nelson variety in 1995. In the years ahead the Jersey blueberries will be gradually replaced by new varieties, which will give more choices for you, the customer.